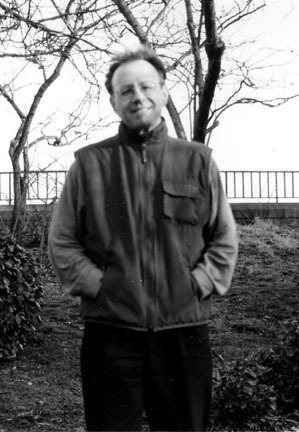 Born in Chicago in 1946 and raised in Los Angeles, Allan Appel is a novelist, poet, and playwright whose books include Club Revelation, High Holiday Sutra, winner of a Barnes and Noble Discover Great New Writers Award, and The Rabbi of Casino Boulevard, a finalist for the National Jewish Book Award. His most recent novel, The Hebrew Tutor of Bel Air, is being optioned for TV. His writing has appeared in The National Jewish Monthly, The Progressive, and National Lampoon, and his plays have been produced in New York, Chicago, New Haven, and Provincetown. He has published a total of 14 books, including eight novels, a biography, two collections of poetry, a book on botany, and A Portable Apocalypse, a handy anthology of erudite and humorous quotations about the end of the world. Among his plays, Dear Heartsey, a staged adaptation of the letters of a colonial New Yorker, Abigail Franks, was commissioned by the American Jewish Historical Society, and was presented, starring Anne Jackson and Eli Wallach. Stealing Home, a play about Major Leaguer and early atomic spy Moe Berg, has been developed at the Actors Studio in NYC. His new novel, The Book of Norman , a comedy set in Beach Boys L.A., is about angels, the after-life, and Mormon-Jewish relations. It will be published in 2017 by MandelVilar Press.

Allan Appel holds degrees in writing and comparative literature from Columbia University and City University of New York, and he attended the Jewish Theological Seminary of America. He has taught writing and literature in the New York City schools, at the City University of New York, and at Upsala College in New Jersey. He has worked extensively as a writer for non-profit cultural institutions, including The New York Public Library, The American School for Classical Studies at Athens, The American Museum of Natural History. He has been the Director of Institutional & Foundation Giving at the Museum of Jewish Heritage--A Living Memorial to the Holocaust in New York City. For the past decade he has been a reporter for the online New Haven Independent. He lives in New Haven where he has received two state arts fellowships in fiction and his play, The Excommunication of Mrs. Eaton, a bio drama about an early female religious hero in early theocratic Puritan New England, won the first Connecticut Heritage Productions play award.

The Hebrew Tutor of Bel Air
"This is an unabashed joyride of a novel, at turns hilarious and bittersweet. It's a wholly original take on adolescence with a wild Jewish Lolita at its warm heart, a creature at once a thing of spirit and the irresistible flesh. Pure exhilaration." -- Steve Stern

Club Revelation
A hilarious irreverent view of contemporary religious manners examining what we mean by faith and marriage in the 21st century.

High Holiday Sutra
A heartbreaking and hilarious Jewish-Buddhist love story that takes on critical religious issues of our time.